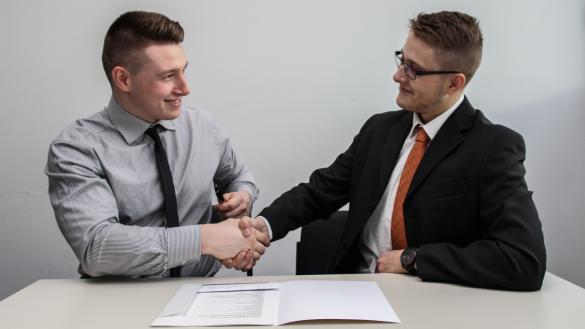 You know this assertion to be false and for a number of reasons.

People specialise because they want to

For one thing, the people in question might prefer specialist work over any that is more general. For example, psychiatrists are GPs who have specialised in illnesses of the mind. First they studied medicine, which takes four or five years, and then they undertook further training for six more years to become psychiatrists.

Climatologists are meteorologists or atmospheric scientists who have specialised in understanding historical weather patterns. Although an undergraduate degree is the minimum, those who want to do research in the subject will need to get a PhD as well.

Classical musicians tend to get into their professions via institutions such as the Royal College of Music, which demands the highest standards imaginable just for admission. Those who are accepted must demonstrate via an audition that they are capable of a fulfilling all the demands of a career in music, including the international music competitions that will help to propel them there.

Now you wouldn’t expect a psychiatrist to work as a gynecologist or a veterinarian, you wouldn’t expect a climatologist to be a TV weather presenter, nor would you expect a concert pianist to teach beginning piano students. People specialize because they have a particular interest in one small area rather than any other.

The limitations of specialisation don’t end there.

These are just a few examples why people specialise and, as you can see, many who do experience job satisfaction.

Another thing that could affect job satisfaction is the degree to which job specialisation is present or absent already.

Specialisation can increase job satisfaction if doing so enables people to work exclusively in the area that most interests them, rather than only some of the time. But, it could also decrease it if as a result it eliminated that part of the job that they liked the most. So to make a blanket statement that specialisation in and of itself decreases job satisfaction - in the absence of everything else - is naïve at best.

There are things, however, that can negatively influence job satisfaction.

A third thing that can influence job satisfaction is that many of the things that people expect to be present at work aren’t or are constantly in flux.

For instance the fair application of organisational policies. It’s not unknown for managers and senior executives to use organisational resources for their own personal benefit while forbidding others from doing so or even punishing anyone else who tries. That could mean anything from pilfering a few pens, to “padding” expenses, to using company vehicles for personal trips.

Employees expect their supervisors to have their back and to help them do their jobs better. They don’t expect them to take credit for their ideas, withhold information, or show favoritism, yet things like this are common. Some supervisors have also tried to sabotage the success of those in their charge, to protect their reputations when they’re at fault or just dislike someone. For instance, there’s a world of difference between blaming someone for making two-thirds of the mistakes in a month, and making two of three that were made in that same month. That actually happened.

Employees expect to get on with their co-workers. When they feel ostracised or are bullied by them, or are made to feel that they aren’t part of the group, then that unfriendly atmosphere violates their expectations of what work should be like.

Not everyone will get along with everyone, but everyone should get along with someone. When they can’t, then their morale sinks and their productivity suffers. Such things may also be responsible for greater absenteeism, too, after all why would someone want to come to work where they were made to feel that others preferred that they stayed at home?

There are numerous examples in videos on YouTube and even in the news which demonstrate clearly that not all workplaces are safe. Accidents usually happen because compromises are made or precautions aren’t followed and, unfortunately, employees and customers have been severely injured or killed as a result.

Many years ago, attempts were made to “enrich” jobs, the opposite of specialisation. The idea was to broaden the scope of positions because it was known that challenging work motivated employees in the right circumstances. It still does.

What are the right circumstances?

Adding activities and responsibilities to the job that employees want.

It doesn’t mean adding things that they don’t want to do, or adding things that they see as a waste of their time and talent. It does not mean increasing repetitive work, which in itself doesn’t help people to grow, or giving people administrative duties when they don’t want to be administrators (think teachers, for instance). And that’s why job enrichment motivated some people, but demotivated others. It was because some wanted to play to their other strengths; not to their weaknesses.

If you’re given more work and greater responsibility in things you love, then you’ll rise to the challenge, but if you’re assigned things you don’t want to do, then it means that you’ll have less time to spend on the things that interest you the most.

Managers have since learned that motivation and greater productivity result when people work to their strengths - when they can do work that they find interesting. Any attempts to enlarge or enrich their responsibilities that takes them into areas that they have no interest in, however, instead of causing them to grow, often causes them to leave.

Part of the reason that job satisfaction is important is because people want positive experiences at work, and that’s because it gives them meaning. It makes them feel that what they do is important to the organisation or the people they serve - their customers.

When they’re tasked to do something where they feel incompetent or lack interest, it causes them to question whether they’re even in the right place or doing the right job. Persistent negative experiences at work demotivate people and make them dissatisfied.

It’s worth noting that the jobs themselves don’t motivate anyone. Jobs are merely a framework within which the work exists. In other words, a job make the work possible in a given setting. That work can be motivational, but only if those who do them like the tasks that make it up. It succeeds when people enjoy their work. There’s only a problem when they don’t.

How do you help people to enjoy their work? By customising their jobs just for them.

It’s all about personal and professional growth. It’s been this way for more than a decade. People have to manage their own careers, not only because they’re likely to have several, but also because each one will entail jobs in different organisations. Anything that you can do to make it easier for them will help you. And so when you find ways to develop them in every position that they hold, you help them to advance in their careers.

Look at it this way.

The job that they’re in right now is either for them or against them. It’s either helping them to move forward or holding them back. Jobs that employees feel are holding them back dissatisfy them.

If you want to hold onto them, then you have to customise their jobs so that they experience job satisfaction. The proof that they’re satisfied is that they enjoy what they do.

Customisation may mean creating the position or the job description after you hire them, rather than trying to find someone who fits one that is predetermined. You look for talented people who fit the culture in your organisation and hire them. Then you look for a group of tasks that they could do which contributes to the whole. When you figure that out, then you write the position description to fit it.

You could also move people you already have into roles that they find are more fulfilling than the ones they’re in. This is a novel take on restructuring. Instead of shedding jobs and then reorganising into a smaller version of what you started with, why not reorganise the people so that they’re doing the work they enjoy the most?

And while you’re helping people to increase their job satisfaction while employed by you, don’t forget to help them grow in their value to the industry, because that will help them to manage their careers.

When it comes to job satisfaction, specialisation is neutral. It’s neutral because whether it increase or decreases employee motivation depends on the context - on whether employees want to widen the scope of their jobs or narrow them.