Why Employment With You Is Intolerable 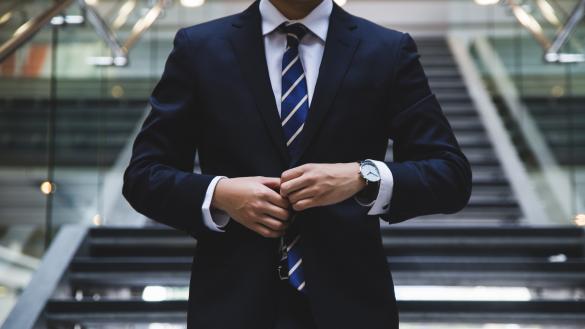 People often leave because they’re forced to - sacked, redundancy, or long-term illness. They also leave because they’re not happy where they are. They may want experiences they can’t get without leaving, or a promotion that’s not available in their current organisation. That said, it’s more than likely that their boss has become intolerable.

What would make you - the manager - intolerable to work for?

1. You don’t listen to anyone

One would be that you don’t listen to anyone.

You give off a sort of aura that you’re the oracle of all things and, for those who don’t buy it, you tell them point blank and somewhat condescendingly: “I already know that.”

You ask for advice, input, and suggestions, but then when people give it, you ignore it and do what you want to. It soon becomes apparent that you’re not interested in what people have to say; you simply don’t want them to be able to accuse you of failing to ask for input.

The thing is that when you ask for the opinions of others, it’s implied that you’ll act on it, just as when others ask you for yours. No doubt you’d be offended if people ignored your suggestions. Imagine how they must feel when you do the same to them.

Those who feel that they’re not making a meaningful contribution will leave. You can depend on it. Why would they feel like this? Because to you, listening does not mean doing.

It may take a little time for the penny to drop for people, but when it does, they’ll be out the door before you can say “bye your leave.” But you shouldn’t miss the connection because of the gap in time.

2. You don’t keep your promises

A third reason that people will find you intolerable is that you don’t keep your promises.

The shortage of skilled people has become so acute that organisations are having to modify their offers to make themselves look more attractive.

Starting salary is no longer a sufficient draw. People want to work from home (or the other side of the world) with flexible hours, they want wellness programmes, access to financial advisors, and a comfortable place to work when they are on-site. They want their jobs to be meaningful to them - that is, that they understand why what they do is important, and how it fits into the bigger organisational picture. And development is vital to them because they not only want to be promoted with you, but they also want to advance in their careers, too. In fact, most of them want to become managers, too.

The thing is that some managers think that it’s perfectly alright to promise everything and deliver nothing. But here’s the thing: People aren’t stupid, have you noticed? If you can’t be trusted to keep your promises, then your employees will begin to wonder what else are you lying about.

Trust is essential to effectiveness in any organisation.

Whether you’re a supervisor or not, the two questions sound different, don’t they? Why is that? It may be because stereotypically, it’s assumed that employees - nonsupervisory staff - are more likely to do it.

There’s another issue here, however. In both cases, trust has been breached, but what seems to matter the most is the cause. What was it that someone did to destroy it? Was it simply breaking promises that were made or was it also because people were given to understand one thing which turned out to be something else?

You can breach trust by failing to fulfill your promises, but you can also do so by allowing false assumptions to persist unchallenged.

In some organisations, if a loss of trust was a sackable criterion, then people would be dismissed every day.

Continued employment because of a breach of trust has to be understood from both sides. If it’s the employee who has broken faith, then the supervisor may feel that that person can no longer be trusted if they stay in the organisation. But, if the employee feels that it’s the supervisor that has broken faith, then they may leave because they don’t believe that they can trust them in anything, never mind things that matter.

3. You never show any real appreciation

There are a lot of ways that you can show appreciation for someone.

You could send them flowers, or a box of chocolate, or give them a day off. You could give them a Red-Letter Day gift or pack them and their family off someplace nice for the weekend.

You could give them a financial bonus or a health club membership.

Those are the ways that managers tend to think of, and while these things can be nice, most of the time, they’re more than what’s required.

Most people just want you to say “thank you,” or to make a point of telling them, “Well done!”

A handwritten note can be just as effective because people know that you had to take time to write it.

It’s the little displays of genuine gratitude and acknowledgement of good work that people long to receive from you.

The song which says that “sorry seems to be the hardest word” has got it wrong when it comes to manager and worker relationships. “Thank you” is even harder.

Balance means much more than work and life, though that’s important.

For instance, employees don’t appreciate it when you intrude onto their personal time. There’s work time, and there’s personal time. The recent work-from-home experiment has shown that it’s harder to separate the two than it once was, but it’s still possible. And you have to help them to achieve it. It doesn’t help when you email, phone, or expect Zoom meetings during their personal time. It doesn’t matter if the meeting will “only” take five minutes or not. Personal time needs to be uninterrupted, otherwise people can’t relax. And they need a prolonged period to relax so that they can recharge their batteries for the next day.

One of the most overused and meaningless phrases in British business today is competitive.

What does competitive mean?

It means that you’re just like everyone else. That there’s nothing special about your products or services, or the value that they provide to customers. That the wages and salaries you pay, and the benefits package you offer looks pretty much like anyone else’s in your industry for organisations of your size and turnover.

Although it’s true that others can match you pound for pound, or perk for perk, they probably won’t. Why not, like the more innovative companies do, allow your employees to decide all that?

Semco S. A. has done this the 1980s! Profits continue to increase every year, and employee turnover is almost nonexistent. Imagine that kind of retention in a world where there’s not enough skilled people to go around!

And Semco also gives people freedom to redesign the products they make, their work environments, and even the marketing to sell them, all without interference from top managers. This makes their jobs much more interesting, solving the problem of a boring job, which is typical in Britain.

Working for you should be a joy

It should be a joyful thing to work for you, not a drudgery.

You want people who are so enthusiastic that they can’t wait to start work and are disappointed when they must stop for the day; when their boss tells them they need to go home and spend time with their families, to rest, relax, and recover.

Can this be said of where you work? Or is employment with you intolerable?