Why Are You Trying to Be Like Everyone Else & How Can You Be Different? 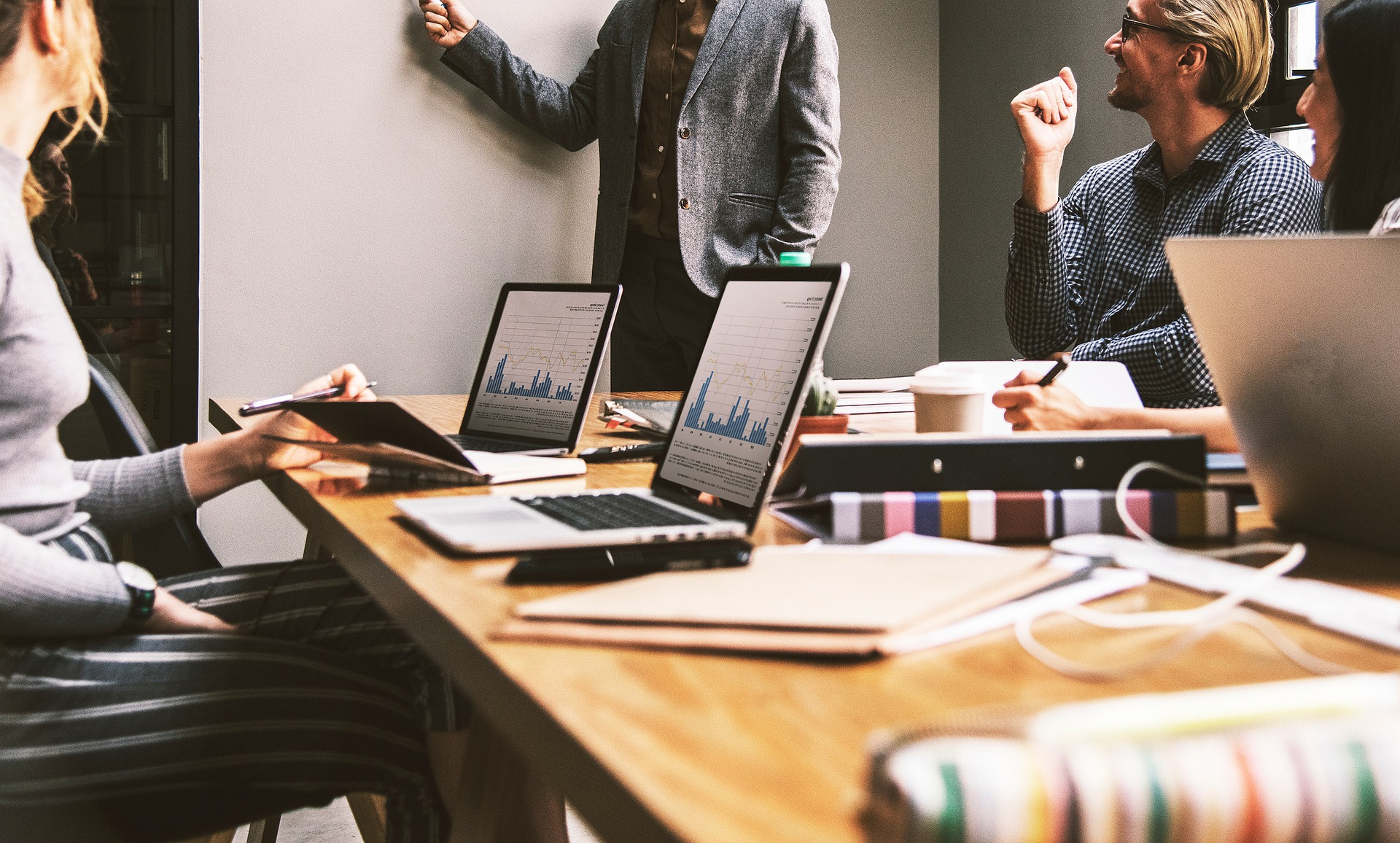 There’s a remarkable tendency in all organisations to do what everyone else does. For all the rhetoric about being innovative, most of them are unwilling to stick their corporate necks out too far. It’s much more comfortable to be somewhere in the middle of the pack than to take the risk that they’ll be wrong by putting their heads above the proverbial parapet.

This attitude is exemplified in five key areas, each of which reflects what everyone is does already or is trying to do: the industry standard, leadership, best practice, talent acquisition and retention, and employee development.

Before we look at those topics, we need a bit of background.

Why is it that organisations, and the leaders and managers within them, are so determined to be like everyone else? There are a number things.

Part of it is the desire to feel that they’re in-the-know; that they’re “up” on everything. That they’re aware of the latest research findings, or that a competitor won’t catch them out, especially as a result of hearing a thought leader or attending an online seminar. They’re terrified of missing out or being left behind. Notably, however, they’re always playing catch-up. They lack the courage to do something themselves and are content to chase the gurus that others do.

Another issue is shareholder value. People have had it drilled into their heads for decades that the success of an organisation is reflected in its shareholder value, and so that has been the goal since forever. Notwithstanding that there are many things that influence share prices, Jack Welch, former CEO of General Electric has said that “this is one of the dumbest ideas yet. Shareholder value is the result of doing other things, but it shouldn’t be your goal. Value isn’t limited to shareholders. Everyone isn’t working hard so that a select few can benefit.”

For instance, Yale professors Bagley and Page, in a Harvard Business Review article by Jeffrey Pfeffer, are quoted as saying that “Managers can justify practically any course of action by declaring it to be in the name of shareholders, even it if imposes great costs on others. .  . [but that in contrast,] from the very beginning [Southwest Airlines] has put employees first, customers, second, and shareholders last.” Southwest have never laid off anyone, not even after the airline industry was shutdown following 9/11. They recognised that shareholders weren’t the most important, and that even their customers didn’t matter as much as their employees.

Now you know a little of why leaders and managers want to be like everyone else. It takes foresight and courage to run ahead of average.

The first area is the attainment or sustainment of the industry standard.

The industry standard, generally speaking, is considered to be the minimum that’s required or the norm. Norms, by definition however, describe what is typical. It reflects the “average” of a critical mass of opinions. But no matter how you look at it, in one way or another, it’s about what everyone else either is doing, or wants to do.

Nearly everyone aspires to rise to the industry standard or believes that they are there already, but it’s the rare organisation that proves that they intend to march to a different drummer and follow the “road not taken.”

The truly innovative companies make it their primary objective to set the industry standard, which often means doing the opposite of what your competitors do. Whether they have reached it or not isn’t the question. The question instead is, “How are we as an organization going to raise the bar in our industry so high that we are seen as the industry leaders? How are we going to become the company that everyone else wants to emulate or to follow? How are we going to be the organization that everyone wants to work for, and that customers want to do business with?”

Maybe you’ll deliver a better product, or better customer service. Maybe you’ll reinvent the industry as Uber, Lyft, AirBnB, and InstaCart have. What unimaginable disruption would disrupt you?

You’ll know by now that the evidence of leadership is that those who follow do so willingly. Tyrants force people to follow them on pain of something unpleasant.

Despite the huge body of research into how the best leaders lead, the majority still believe in and practice the traditional, autocratic style. Part of the reason for this from the leader’s perspective, it’s a lot easier, and it’s quicker to order people around than it is to build relationships with them. Of course, this overlooks the fact relationships lie at the root of a willingness to not only follow, but also to fully support those who lead.

Although the best leaders - those who emphasise the importance of relationships - are held up as paragons of leadership, comparatively few actually strive to become like them, which means that they expect to lead in the same way as all the other autocratic executives do.

And autocratic leaders - an oxymoron - aren’t good listeners. They think that they’re the fount of all knowledge. While it’s true that most of them are knowledgeable about the business and its products or services, they don’t know everything. There’s too much to know for that to be possible. Nowadays, the knowledge in the world takes less than a year to double. Heads of organisations probably have a much clearer sense of where they want to go, but that’s not the same thing as knowing everything to accomplish it, and the two shouldn’t be confused.

Best practice is based on the notion - meaning a whim, assumption or wishful thinking - that there’s one best way to do something. It matters not that it’s false.

Admittedly, there are better ways of doing some things than others, but it depends on the context, the culture, the resources available, and the goals. These things alone make the idea that there’s one way that’s better than all the others - and that if we can just do that then everything will be all right - untenable. Such practices within organisations seem to be more like syndicated columns that are published via a number of news outlets. They’re all the same - word for word.

Nearly everyone follows best practice to a greater or lesser extent, and they talk about it as though it was some kind of virtue. They grasp their figurative lapels and proclaim, “We follow best practice,” as if that’s something to be proud of. They might as well say, “We’re like everyone else!”

The companies that really are different from everyone else have a different mindset. Instead of following best practice, they discard it. They recognize that there’s no such thing, and then they set out to find better ways knowing full well that they’ll continue to revise their practices because the market and the people in their organization are dynamic. Both constantly change. Even if your employees stay with you from their first job until they retire - a highly unlikely scenario - they will grow over time. They won’t be the same people in a year than they are today, nor should they be.

When talent is in short supply, organisations tend to throw money at the problem believing erroneously that the most talented will be attracted to them because of the higher salaries and signing bonuses. What they fail to realise is that acquisition and retention are two sides of the same coin. You can’t have one without the other. You can’t assume that having acquired them that that, in and of itself, will mean that they’ll stay.

Employees who principally want to work for you because of the money will just as easily leave to go somewhere else where the money is better. And that will happen sooner, rather than later. Fair pay is something that people expect, and as long as you provide it, you can be sure that at inasmuch as money is the issue, they won’t leave you because of it. They will leave, however, if they find that the job isn’t what they expected, that the managers are weak, and no one in authority ever listens to them.

If you want to prove that you’re just like everyone else, then you’ll place more emphasis on attracting people via salaries and sign-up bonuses than on creating an environment where people look forward to coming to work.

Employee development, or the lack of it, tends to be a perennial problem. For many organisations, it’s considered to be a luxury, rather than a necessity. You can set yourself apart by making it a central part of how your organisation operates, rather than dropping it from the budget at the first sign of declining profits.

Whatever senior people say about leadership, it’s what they do that counts. And what the majority of them seem to do is to follow each other. It’s the rare leader who obviously and deliberately steps out from the pack and create a path where one doesn’t exist.

There are only two options. You’re either trying to be like everyone else or you’re not. Instead of assuming that you’re not, make a list of the ways that prove it.