What Followers Want From Leaders 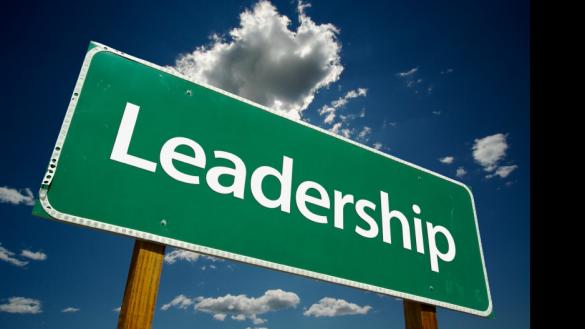 When it comes to effective leadership, everyone has a different opinion on the best leadership style. Some believe in visionaries like Steve Jobs and Richard Branson, while others look towards empathetic leaders like Gary Vaynerchuk and Oprah Winfrey.

While leadership styles vary from one individual to the next, there are certain traits that followers prefer over others. These traits lead to effective teams, revolutionary ideas, and great workplace environments. But what makes a good leader?

Leaders usually have excellent interpersonal and communication skills, can delegate responsibilities, and solve problems head-on. They also see past what’s in front of them, envisioning a future for a business that others can’t.

Most workplaces have seen the effects of both good and bad leaders. The best leaders create a positive environment to work in, motivate their peers and create a vision everyone can get behind. Bad leaders, on the other hand, can cause miscommunication, delays in meeting deadlines, and a breakdown of morale.

In this article, we’re going to cover what a leader is, four traits followers want from leaders and which trait is the most important for followers.

What Is A Leader?

Before we talk about what followers want from leaders, it’s important to establish what a leader is.

The textbook definition of a leader is “the person who leads or commands a group, organization, or country”. But in reality, a leader is more than someone who simply leads people. They’re an individual who is driven by a particular goal and motivates others to achieve that goal with them.

Most leaders have high levels of emotional intelligence, understanding when they need to be empathetic and how they can connect with people. They also understand how to effectively manage teams, playing to each individual's strengths to get the most out of every project.

So, what do followers look for in leaders? What makes them want to follow one leader but not another? Here are four of the most popular traits followers want from leaders in 2022.

The modern workplace is innovating faster than ever before. New software is being implemented every year, the way we interact is changing with the implementation of video calls, and now flexible working options have changed our everyday routines. With so much going on, followers are looking for a stable foundation.

This is where effective leaders can help. By effectively managing expectations, leaders can bring stability to teams despite continuous change.

According to workplace statistics published in 2022, 60% of millennials have worked at two to four organizations, suggesting stability is missing in many modern workplaces. This lack of stability has been linked to higher levels of anxiety, depression, low morale, and a decrease in productivity.

With a lack of stability having huge negative effects on the workplace, stability is a crucial trait for any leader. One example of a leader who provides stability is Patrick McLaughlin, the chief human resources officer of PepsiCo Foods North America.

During the pandemic, PepsiCo paid frontline employees an extra $100 per week and guaranteed full salary for 14 days if an employee caught COVID-19. By creating this stability, morale drastically increased throughout the PepsiCo workforce, resulting in greater loyalty and job satisfaction during a period of extreme turbulence.

The pressures of leadership are overwhelming. Whether an individual is leading a team, a sector within a business, or the business itself, leaders are required to make decisions that impact everyone around them. They’re under constant political, social and financial pressure, which can turn many individuals into yes-men to their superiors.

The best leaders are individuals who are willing to speak up to authority if it's in the best interests of their team. These leaders are willing to put their necks on the line for those around them, and in the process they gain the trust and support of their followers.

These types of leaders are usually great at dealing with pressure. Instead of passing pressure down to team members, they capture it and deal with it personally when things get hard. By doing so, they build a loyal following of people by giving them a sense of security.

Leaders can have big egos and sometimes, they can get a little ahead of themselves. They’ll begin to believe their perspective is always right, even if they’re bringing down the company in the process. A prime example of this was Steve Jobs in 1985, when he was removed by the Apple board of directors after they disagreed with his vision.

In modern leadership, followers want leaders with humility. Individuals who don’t let their position get to their head. These leaders are always open to new ideas from individuals in the team, no matter how new or experienced they may be. They’re also willing to listen to opposing opinions, believing no view is better than another.

Leaders with humility often produce more creative workplaces, as employees are more willing to have an input on decisions. Instead of being overwhelmed by a leader's opinion, they’re happy to add their own perspective, which allows for better ideas and usually, better results.

Few leaders would ever get to their position without a vision. This trait can be found in every leader throughout history, from great Roman emperors to modern business leaders. Leaders with a vision are often in service to something greater than themselves, and get others excited about this vision.

One of the greatest visionaries in the world is Steve Jobs (despite his lack of humility). His vision was the reason he’s known as one of the greatest entrepreneurs in modern business. In 1984 he created the Macintosh before most people had ever thought of owning a computer in their home. He also pioneered many of the great Pixar movies we know today, including Toy Story, A Bug's Life, Toy Story 2, Finding Nemo, The Incredibles, Ratatouille, Wall-E and more, inspiring a generation in the process. His vision was so revolutionary that Apple is still implementing the strategy he implemented in 2001.

Visionary leaders are key in the modern workplace and usually have large followings of people who believe in their goals. With modern technology speeding up how quickly we can innovate, the demand for visionary leaders is only going to grow.

Which Leader Trait Is Most Important For Followers?

Leaders will also need to have different traits depending on where they are in the business. As a CEO, vision will be an extremely important trait. For managers of small teams, humility and looking out for the team may be better traits to create an efficient workplace.

Followers' needs will also change due to external factors. During a time of turbulence and innovation, it’s likely that followers will be looking for leaders who can promise stability and vision. They’ll want to know how security can be created during difficult business times, which will be the job of leaders to provide.

With several factors influencing what traits are required from a leader, it’s fair to say that no trait is better than another, but some may be required at certain times more than others.