The Price You Pay When You Lose Your Way 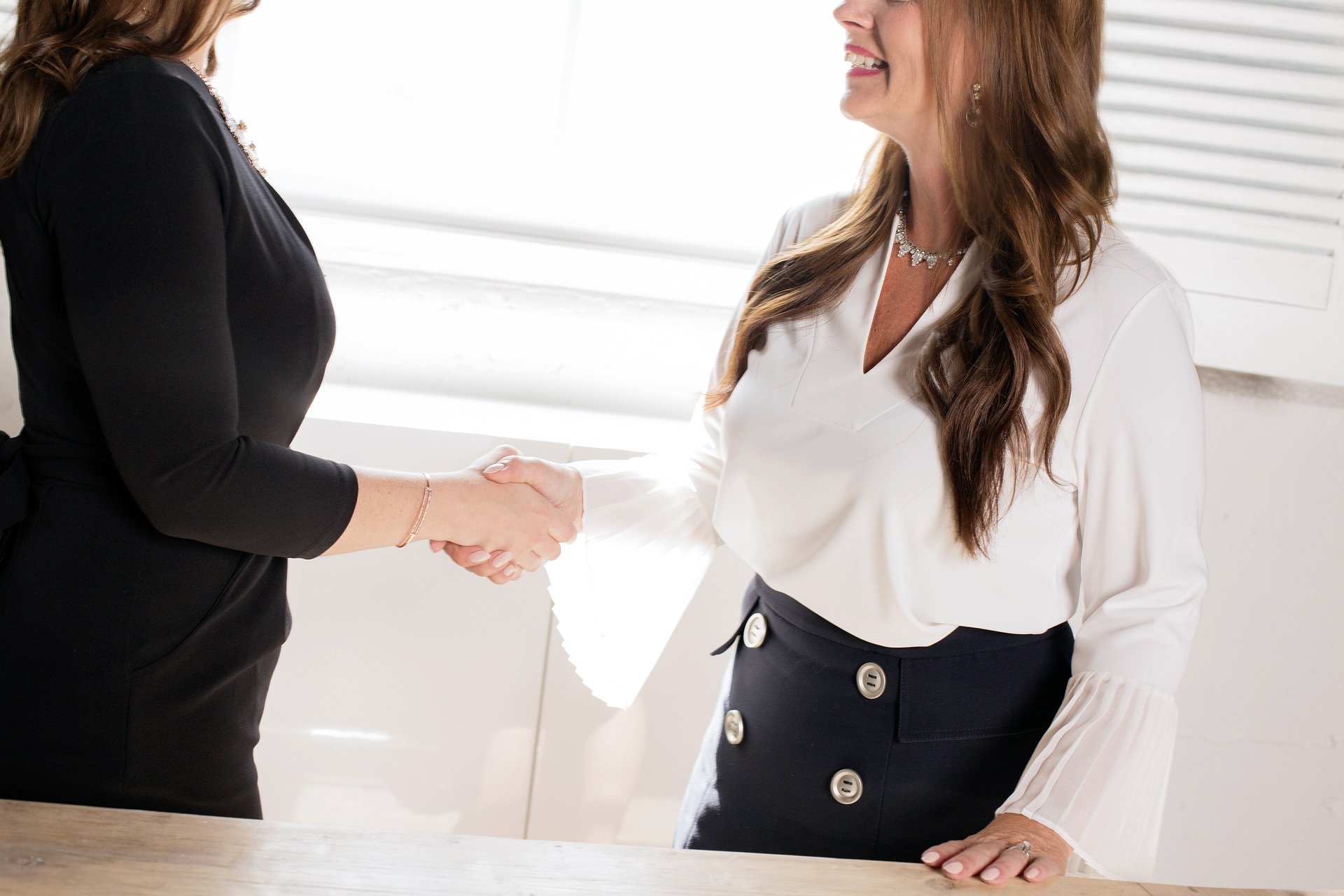 Why are you in business? What’s your purpose?

A typical answer is that you are in business to make money.

If that’s the first thing that popped into your mind, then you’ve already lost your way. You’ve already forgotten why you’re in business.

If you said that it’s because you spotted a gap in the market that you could fill, then you’re a little bit closer to the right answer, but still closer than you think to losing your way.

Here’s the right answer: The reason that you’re in business is to help other people to improve their lives.

If they buy your products or services, and you deliver on the promises that you made in respect of them, then the lives of your customers will improve.

That’s why you’re in business.

Zig Ziglar famously said that “if you help enough other people get what they want, then you can have what you want,” but it begins with others.

It’s because a gap in the market is nothing more than an unsolved problem. Not all problems however, demand a solution. In other words, it’s possible - and history is littered with examples - to create a product or offer a service that solves a conundrum that doesn’t matter to anyone. And that’s why filling a gap in and of itself isn’t enough. And making money is only about you.

It’s only when you meet a need that people are desperate to solve that you improve their lives, and one problem for the business person can be to avoid becoming precious over their idea.

What can cause you to lose your way?

You may be wondering how anyone could lose their way if what they were trying to do was to provide solutions to the desperate problems people have.

There are a number of possibilities, the greatest of which most likely is greed. It’s for good reason that this one is included among what is known as the “seven deadly sins.” All sins are deadly, but some have a way of leading you into far worse situations than you might ordinarily expect to encounter.

Greed is an excessive desire to acquire or possess more than what you need or deserve.” Typically, this is thought of in terms of material wealth, such as money or profits.

Of course, what is excessive depends on who you ask. A reporter once asked John D Rockefeller, who was the world’s first billionaire, how much was enough. His answer, “just a little bit more.”

Companies that buy out their competitors often justify doing so because such purchases are seen as compatible with their business. The reality, however, may just be a way to boost profits by eliminating competition; by, in effect, buying up market share.

Western countries have laws that are supposed to protect consumers from monopolies, though there are doubts about their efficacy. Standard Oil, Rockefeller’s company, was broken up in the early 20th century, and AT&T in the 1980s, though not much else has followed despite the talk of doing so.

How is it possible to shift your focus from serving the needs of others to just taking their money?

Distractions take your mind off of the most important part of your business which is to help others to improve their lives and to focus it on other things.

And distractions can take on a variety of forms. They can be little things or big ones. But the size of them doesn’t matter. What matters is the fact that they change what matters most to you.

When you’re distracted from that which is most important, you then justify in your own mind why you’re doing it. You start telling yourself that what you started to do in the beginning was a noble idea, but now you have to get down to the business of running a business.

The thing is that if you forget your purpose - your raison d’être - the thing that caused  you do start it in the first place, then you’ll suffer both short- and long-term consequences.

The short-term result is that it will cost you a lot of money; the long-term is that it could cost you your reputation.

When you stop thinking about the value that you can give to improve the lives of others, then you also stop solving their problems. You stop giving them what they are paying you for. In other words, when you focus on the money, it eludes you.

This is something that John Kay, in his book Obliquity, talks about. He says that the most profitable companies are not the ones that are the most profit orientated. Jack Welch, former CEO of General Electric has also said that, “Shareholder value is the dumbest idea in the world”, and that’s because profit is the result of looking after customers and providing employees with “job security and better rewards.”

Organisations can forget their values.

This can occur through a succession of new leaders, for instance. The older generations may have one set of values which the younger ones don’t share. Their political persuasions may be different, or their sense of what is right or wrong may differ.

Over time, their mission statement may become generic - applicable to almost anyone. This, too, can reflect an organisation that has lost sight of its values.

One way that that can happen is when they try to become all things to all people. The fact is that this is impossible. You have to decide what you stand for, and then - come what may - stand for it - irrespective of the response you get from social media.

The problem is that when you don’t appear to stand for anything, then your employees, your customers, and even your suppliers don’t know if their values are aligned with yours.

Society today places a lot of emphasis on alignment: whether you’re “green” or not; whether you believe in different causes or opinions, and so on. When you embrace one view, you exclude another. That’s just the way it is.

When you “nail your colours to the mast,” so to speak, then the people who want to be associated with your values will gravitate to you; but if you remain unspecific about things, then they won’t know if you’re on their side or not.

And your values shouldn’t change either. Of all things, they should be carved in stone. And so that means that you have to identify your convictions of the heart and then incorporate them into the values of the organisation that you lead. When you do that, then people will know where you stand. They’ll know if they want to buy from you, or even work for you, but it’s when they don’t know that they have doubts about you.

Of course, there can be a lot of reasons why this occurs, not least business savvy and a strong work ethic, but even a cursory observation of society proves that the values of the older generations often aren’t shared by the younger ones.

Another way that organisations get distracted is by allowing themselves to forget their base; their core customers.

Marks and Spencer learned this the hard way in the 1990s when it shifted its focus from older customers - Baby Boomers and Veterans - to the younger generations behind it. They changed the styles of the clothing they sold to appeal to the one which meant that suddenly their base had no reason to shop with them. Their bottom line reflected that. Maybe you were among the customers that were forced to shop elsewhere. It’s debatable whether M & S ever fully recovered as a result.

There was a time when customers were thought of as “kings.” Wise leaders and managers now know that that is not the case because without reliable, trustworthy, and skilled employees they can’t meet the needs of their customers. Sometimes the best thing an organisation can do is to fire the clients that give them the most grief and provide little or no value in return.

In light of recent events, many employees in the United Kingdom- some estimates are as high as half - expect to change jobs in the near future. In America, this phenomenon became known as The Great Resignation, and it seems to have made the journey across the Atlantic.

This “great resignation” may be affecting you already, which means that you need to scramble if you’re going to hold onto the people you have.

This is the time to prove to your employees that they’re valuable to you. If you’ve never made a concerted effort to do so in the past, then now is your opportunity.

How do you do that?

By giving them the things that they’ve wanted all along: More responsibility, promotions, development opportunities, recognition, and growth.

They already expect you to pay them fairly - something else that looks to be a problem - give them safe and secure working conditions, provide them with support when they need it, and appoint competent supervisors to manage them.

A chronic problem, however, is that organisations fail to give their employees the things in the first group while messing with or removing the things in the second. And then they’re surprised when people change jobs. If this is you, then you must cast a critical eye and fix the things that you’ve neglected or made worse. You won’t get a second chance any time soon.

In order to succeed in business, you have to remain focused on how you can help people to improve their lives. That includes your customers, your suppliers, and especially your employees.

And as long as you do that, you’ll remember why you’re doing it at all.