The Case For Upsizing 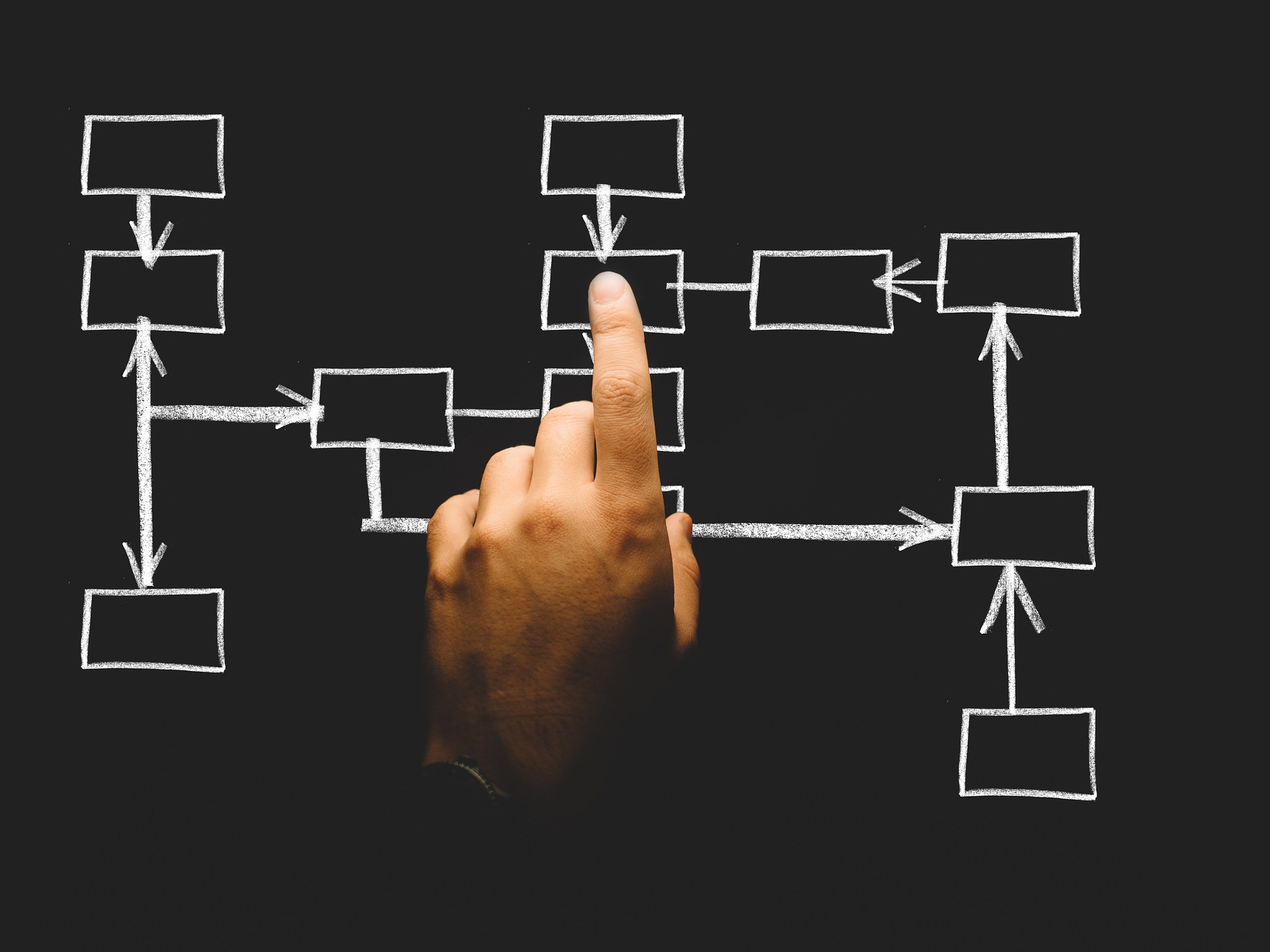 You’ve heard of downsizing and rightsizing, but have you ever thought about upsizing?

Many different terms have been used over the years to describe what amounts to the same thing: Changing the size of a business by making people redundant. The parts of organisations were rearranged by goals or means - production and sales or committees,  departments, or divisions. Back and forth, and then back again. But no matter which one was emphasised, invariably people lost their jobs as a result. And that may account at least in part for the change in terminology. A euphemistic word wouldn’t frighten the staff as much.

The word reorganisation was first used in the middle of the 18th century and referred to the financial reconstruction of a business. When losses rose, banks pressured owners to repay their loans. Assets would be sold off, what amounted to modern bonds would be sold to raise money, and that would give the enterprise more time to get it’s financial house in order.

The term restructuring was first used in the 1930s and meant to change the makeup, organisation, or pattern of something. Even though the term wasn’t used with respect to General Motors in the 1920s, scholars have done so in retrospect.

The term downsizing didn’t arrive until the mid-1970s. It had two meanings. The first was obvious. It was to reduce something in size. You started with one thing, and then you made it smaller. The second meaning, however, was specifically about business and referred to firing employees. It was this meaning which made it the politically correct term of the day for reducing the size of an organisation and the laying off of staff. The term also implied that it was a discrete act; a one-off, though as history has shown, this was seldom the case.

Downsizing is known to be ineffective because it allows for a significant loss of skilled and experienced people through across-the-board cuts, eliminates training and development programs, and places those who are still there in positions that they have neither the training for or experience to perform.

Simply working harder isn’t the answer, either for effectiveness or retention, and no amount of money paid to the employees who remain changes that. Instead, what happens is that people burn out faster. In previous years, managers were far less concerned about people burning out than they are now, not least because of the shortage of skilled candidates, and what many refer to as the Great Resignation.

Downsizing, it turns out, is only effective when unnecessary management levels are eliminated, rather than the jobs of those they supervise. The interconnectedness of the positions within the organisation must also be understood before any are eliminated.

It’s this thinking that may have led to the idea of rightsizing.

In the 1980s, a new term was coined: rightsizing. It suggested that, just like Goldilocks, there was a size that was “just right.” Of course, nothing could be further from the truth. Not only was there no such thing as the “right” size, the term meant more or less the same thing as the words used in the years before: Removing what was perceived as unneeded - invariably employees - and reorganising and restructuring whatever was left into a more efficient system that as closely as possible resembled what they started with, albeit with a smaller operating budget.

The term rightsizing is memorable. It’s a nice sound-bite. And it sounds like the “right” thing to do. People prefer to be right, rather than wrong.

The idea behind rightsizing was that there was an “appropriate” size that could be found, and that regular reviews of that size would enable them constantly to adjust it according to its needs.

Rightsizers also believed that in so doing they could identify and develop those who had leadership and management abilities. This view, of course, assumed that it wouldn’t be possible to do this without reducing the number of employees which, when you think about it, is utter nonsense. Competent leaders and managers recognise these skills in others every day whether the organisation is large or small.

Not only that, but rightsizers believe that the right size will enable them to do all manner of things including empowering employees, making better strategy, and team building, just by reducing the organisation’s size - as if to say that size alone somehow has kept them from doing so in the past.

You know from your own experience that that simply isn’t true. Instead, it’s incompetent leadership and management that prevents organisations of any size - right or otherwise - from functioning as they should. Things such as a shared vision of where it should go and the plan for how to get there will be effectively disseminated provided that the internal communication structures allow it. That is, no one will withhold information because they think that in so doing it will enhance their power, and so no bottlenecks will exist.

The idea behind rightsizing is that no matter what size you have now, it’ll never be right. The term, however, belies it’s true meaning. Perhaps instead of rightsizing it ought to be referred to as hoping-to-find-the-right-size-someday-ing.

The problem with any attempt to improve efficiency or effectiveness by simply creating a smaller version or looking for the “right” version of what you do based on size is that you’re focused on the wrong thing. And that’s why you ought to consider upsizing instead.

The case for upsizing

Years ago, there was a sign that said, “We’ve been doing more with less for so long that pretty soon we’ll be able to do almost everything with practically nothing.” That’s the logical conclusion from making organisations smaller and smaller. Unless a decision is taken to do less, then the assumption is that everyone will do more because there will be fewer of them to do what remains.

Suppose 100 people do 100% of the work. If an organisation makes 50 people redundant and doesn’t change it’s objectives accordingly, then the remaining 50 will have to accomplish twice as much because if things are left as they are, they’ll only accomplish half of what the enterprise used to do.

The case for upsizing is that you need to reverse course. Instead of giving the people you have more and more to do, you need to stop overworking them. People who are overworked will produce less than they’re capable of, and what they do accomplish will be of a lower quality. And that’s because when people feel maxed out, more work simply means cutting corners in order to accommodate it. There are only so many hours in the day, and half of them need to be given over to non-work responsibilities, rest, and relaxation.

How does upsizing differ from rightsizing?

So how does upsizing differ from rightsizing? It’s implied in the term. “Up” means to get bigger.

Although it’s theoretically possible that rightsizers will employ more people, in practice that doesn’t happen. The “right size” is always smaller.

Upsizing is only ever about getting bigger. It turns rightsizing on its head by assuming that the size that you need to be is larger than where you are now. In other words, more people are required to do the work; not less. And that’s because there’s too much work that needs to be done with the number of people that you currently have.

That’s the case for upsizing.

What might be some signs that you need to upsize?

How will you know if you need to upsize? What clues will there be?

One tell-tale sign is that over time, employee absences increase. Prolonged stress, for instance, wears people out physically, mentally, and emotionally. They become so tired that they can’t recover or a Bank Holiday weekend or even after a few weeks off.

Another sign of overwork is that people can’t sleep at night. That can happen because they can’t stop thinking about work. It’s on their minds every waking moment. And of course, then when they get to work, they can’t stay awake.

Colds and coughs among those who come to work is often indicative of too much work. This may become less so post-pandemic because anything like that in public provokes a reaction that it never used to, but as things return to normal, you can expect to experience this more and more. For some reason, the sick come to work, while the hypochondriacs stay home.

Flu and other viruses

Those who have had “real” flu will tell you that they couldn’t get out of bed. First they were afraid they were going to die, and then they were afraid that they wouldn’t. And flu isn’t the only virus that can make you feel like that, as you now know. It’s when your body is worn down, however, that you’re the most susceptible to catching something, and one thing can lead to another.

Not all injuries are the result of 40-somethings reliving their childhoods with their kids on Saturday afternoon. They, too, can be caused by a momentary lapse in concentration that is direct result of being too tired.

You have to pay attention to the health of your employees. It’s up to you to notice when they’re not functioning at their best. Any decrease in productivity at work, or increase in absenteeism, or illness, or injury should ring alarm bells because the underlying reason may be that they have too much work to do on a day-to-day basis and are simply worn out.

This is especially true for knowledge workers, who comprise more than 30% of all employees in the United Kingdom. Anyone whose work is cognitively demanding needs a lot of rest in-between periods of work. That’s not to say that everyone else can be worked to death; only that it may not be apparent to you how much more energy they use as as result.

And knowledge workers aren’t the only ones who are overworked. Those whose work keeps them on their feet all day, such as in hospitals, or hotels, or restaurants, factories, and warehouses also need time to rest and recover. It’s known, for instance, that nurses can log 30K-40K steps in a single 12-hour shift - the equivalent of 15-20 miles!

The case for upsizing is staring us in the face. It’s time that it was taken seriously.