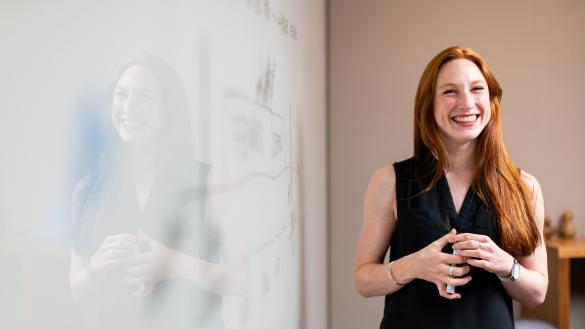 In a recent, and very brief article, it was suggested that measures of work output should replace employee engagement metrics. The writer argued that in the past couple of decades, engagement increased by less than a half percent each year, and for that reason it ought to be scrapped.

No doubt you see the flaw in such reasoning. The fact that improvements are comparatively minor year-on-year doesn’t make the thing being measured any less valuable. It may simply mean that new methods need to be found to obtain better results, that the results achieved are as good as they’re likely to get, or that improvement in a particular area will be slower than anticipated. But dropping any metric only means that when you do, the thing that it measured will cease to be important to those who have been pursuing it, and any gains that have been realised as a result will be lost.

In other words, by failing to monitor employee engagement, you’ll get less of it. It won’t magically maintain itself.

Why does this matter?

It matters because employees who aren’t engaged are less productive, which is of concern to all organisations. When they’re not engaged with the work, then they’re just going through the motions. They’re punching in and out, and mindlessly drifting through the hours in-between.

Is that all there is to the work that your employees do?

Unlikely, especially in what is so obviously the information age. The endless pursuit for top talent isn’t so that people can simply punch-in and -out. It’s because jobs today require a lot more cognitive capability than they once did.

Is employee engagement nothing more than employee disposition?

The article goes on to erroneously attribute engagement to employee disposition. While disposition may play a small part, it is by no means the most important one. To believe that demonstrates a fundamental misunderstanding of what engagement means.

Here’s a good definition: Employees are engaged in their work to the extent that they connect to the values of the organisation and are committed to its goals.

You’ve heard it before: hire for attitude; train for skill. That mantra has been around for decades, and it’s still true today. Attitudes come from values. If employees share the same values as the organisation, then they’ll have the attitudes that you’re looking for. Conversely, if their values differ, then they’re likely to have what you call a “bad attitude.”

It’s because when the same things are important to you as they are to them, then you’re both more likely to share a similar outlook. You’ll think about them in the same way, and that’s because you seek the same ends. Of course, there may be differences of opinion for how to get there, but it will always be with the same result in mind more or less. You won’t find this cohesion among people whose values are opposite to one another.

Look in the news. There are plenty of issues right now that demonstrate this. It starts with values. When the values of employees and their organisations align, it follows that they’ll be committed to the goals of each other.

Now this may be an area where organisations want to have it all their own way. In order for people to be committed to their goals, they have to know what they are, and they have to know more than the most basic element of it. They need to know how what they do fits in with whatever everyone else does such that the big goals are met. Otherwise they’ll be made to feel that what they do is insignificant. If what you do isn’t important, then neither are you.

Do you see where this is going?

Managers must find out what the specific goals are of their employees so that they can help them to reach them. Employees want their organisations to reach their goals, and they want to feel that they’re an integral part of that process, but they’ll be much more engaged if they know that the organisation will help them to achieve theirs.

This goes back to our definition. The values are shared. The goals are shared. Both believe in the same things, and both are committed to doing whatever they can to help each of them succeed.

Among employee goals are the organisation’s goals, but because they have to manage their own careers now to an extent that’s much greater than it once was, they will have goals that go beyond where they work. When organisations help employees to achieve goals outside of work - those that are extracurricular - then they engage them even more. In effect, employees are saying to the organisation, “I want to help you achieve your goals because I believe in what you believe in.” And organisations are saying to employees, “We want to help you achieve your goals at work and outside of work because we believe in you.”

How is employee engagement lost?

Employees can become disengaged when either of two things happen: 1) It’s no longer considered important by managers, or 2) one party or the other changes its values or goals. You’ve already seen what can happen when engagement is considered to be of no importance. All of the things that contributed to it are pushed aside and, as a result, the benefits of doing so are lost. You don’t want to go down that road.

What causes values or goals to change? Let’s start with values.

Values generally tend to remain constant. That is, short of a radical internal change in convictions - the things that you believe in; your red lines - your values will remain pretty much the same your entire life. But new management can cause the organisation to change its values because those at the top dictate by their words and actions what the organisation’s values will be.

This kind of thing is especially apparent during a merger or acquisition, and it’s why so few of them actually succeed. The people were an afterthought, when they should’ve have been the primary thought. Goals ultimately come from values, and so when values change, then you can expect the goals to as well. Sometimes, however, goals change even when the values remain the same, and that’s usually because for one reason or another they aren’t producing the desired results.

Managers love to talk about cause and effect. If they do X, then Y will be the result. Of course, it’s not that simple. Usually cause and effect can’t be linked together that easily, if at all. Goals are created in order to give people smaller stepping stones to reach the big objectives, but in almost every case, goals have to be adjusted because even when they’re achieved, they don’t lead to the hoped-for results.

If we think back to the article mentioned at the beginning, the author suggested that work output was more important than engagement for the simple reason that is was easier to measure; that is, improvements could be seen and were bigger. Of course, that presupposes that you can have only one, which is patently false. The two aren’t mutually exclusive. You can and should have both.

What’s the relationship between employee engagement and work output?

It should be obvious that when employees are engaged according to our definition, that work output will increase. The opposite is also true. When employees become disengaged from their work, then their output declines. It’s insanity to suppose that you should discard one so that you can realise an increase in the other. The two are inextricably linked.

If you want employees to produce more, then do all that you can to help them to feel engaged, not only with their work, but also to their peers, subordinates, supervisors, and the organisation. The focus is on the workers.

Engagement is about the employees. So is the output. When employees share the organisation’s values and are committed to its goals, it means that they’re pulling in the same direction as you. They’re not working against you, but for you.

How to re-engage disengaged employees

What can you do to re-engage disengaged employees? That a tricky one. It depends on how they came to be disengaged in the first place.

For instance, did it happen because there was a loss of trust? Trust is something that’s much easier to lose than it is to earn. Sometimes it can’t be recovered. It’s at times like that when the only thing you can really do is to replace people - managers and staff alike. It’s necessary because you have to break up the culture of distrust. You have to be able to start fresh. And the people who need to be replaced are going to be the ones that have been there the longest. That’s because their attitudes make up so much of what the culture consists of, and to restore trust means that the culture has to change.

Re-engagement also means compromise. It’s you and them pulling towards the middle. One side can’t be expected to give in entirely while the other holds rigidly. Polarisation can be the cause, but it can also make things much worse. It may be helpful to think in terms of a third party towards which you both are moving. And when you compromise, it shows that you’re taking responsibility for at least some of the disengagement. You see, when you expect everyone else to change, you’re as much as saying that the fault lies with them, and that will never work.

When you both compromise, then it’s easy to feel that you truly are in this together. It’s not just another nice platitude.Employee engagement is as important now as it ever has been. It depends on shared values and a commitment to the goals of one another. Engagement is based on the extent to which both parties are connected to these things, and the mutual goal is to maximise both.

Employee engagement is vital to productivity. The more employees share the value of their organisation and are committed to its goals, the more work they’ll produce, and the higher quality it will be. But, when employees become disengaged, no matter what the reason, output will fall. The two go hand-in-hand.

If you want people to produce more and to do so at a higher standard, then you must do whatever it takes to make sure that they are fully engaged with you. Make that your goal for the coming year.