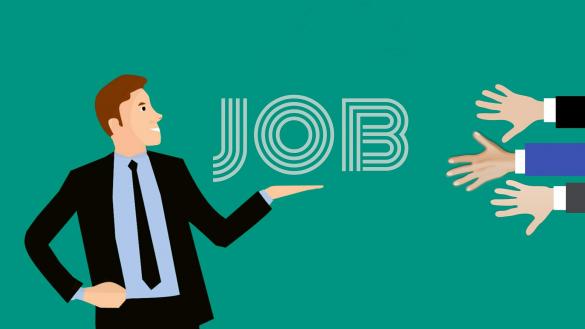 During the English Industrial Revolution, which began around 1760 in northwest England, a new workin model was invented. It was called division of labor, and it enabled the unskilled to do the work of the skilled. Prior to that time, there were two primary categories of workers: master craftsmen and unskilled labourers.

Master craftsmen understood how to make a product from start to finish. They sold their products by the piece - hence piecework. Unskilled labourers had no idea how to make anything like that. Instead they sold their time by hiring themselves out for the day.

When factories - the cloth mills - were constructed, owners faced two major problems. One was finding enough people to do the work, and the other was finding people who had the skill to do what needed to be done. Remarkably, organizations today face these same issues.

Getting people to work in the factories, for the most part, was rather easy. The owners simply offered wages that were substantially higher than what those people could get doing anything else; five times as much in many cases. Unfortunately, those employees learned too late that more money was the wrong reason to change jobs. These people were forced to work so many hours each day that it’s said that the beds never got cold. In those days, however, employees couldn’t just quit. If they did that, then it was likely that they’d get blacklisted and not be able to get another job anywhere else.

The real challenge, however, was figuring out how to enable people who were largely unskilled to do the work of the skilled, that is, to get ordinary labourers to produce the cloth that the factories became famous for without the skill possessed by the master craftsmen of the day. The answer to their problem was found in the division of labor. It was this method that enabled the unskilled to do the work of the skilled. (You can learn more about this at the Quarry Bank Mill in Cheshire.)

What relevance does this history lesson have for you? It’s this:

You could create a “stable” of talent in much the same way as the 18th century factory owners did. Of course, employees are free to come and go nowadays in ways that they couldn’t then, but because of the brevity of work contracts and the gig economy, there’s scope to have a network of talented people that you can call on at short notice.

Instead of looking for the ideal candidate - the one that has all the skill and the experience that you want - you look for people who have only some of it. They could have, for example, a little or a lot of skill or experience, though it wouldn’t matter because the scope of the task would be smaller than if you were looking for someone who could do everything.

This approach will give you a lot of flexibility to expand and contract your workforce on an as-needed basis. It will also make it easier for you to find the ones who are really good at what they do without spending a lot of money and time looking for the perfect match.

Perhaps the biggest casualty in any reorganization is the loss of jobs. What happens is that organizations take on extra staff as customer demand grows, but then when things slow down, they find it necessary to make a lot of people redundant. This could be obviated by creating a pool - a network, if you prefer - of temporary talent that you could draw on as and when.

How could you do this?

The first step would be to identify the specific tasks that comprised those jobs where you need more people. You’d ask yourself what people actually did. You have to understand what is done before you can decide what skills and experience are required to do it. In the cloth mills, there were those who cleaned and carded wool, and and then spun it into thread. Others operated the machines that wove that thread into cloth. Still others supervised - they were called overseers - the work that was done.

2. Break down the tasks into constituent parts

When you know what people do, then you need to break it down into its constituent parts. Doing so will probably require you to “think outside the box” a bit. That’s because you’re used to seeing certain tasks done with other ones. But if you’re going to find people who can do only some things, then you’ll need to know in advance what the smaller parts look like; and that’s so that when the time comes, you can combine them differently.

Remember, you’re not looking to combine the tasks so that you can find the perfect candidate. Instead, you’re breaking down the tasks - dividing the labour - so that you can give short term contracts to those who have less skill and less experience than you would normally expect one person to have.

3. Recombine the parts into smaller tasks

You’ll recall that the factory owners in late 18th century England divided the various jobs into smaller tasks that anyone could do. Workers today have far more skill than most people did then, and so it may not be necessary to subdivide the work to the same extent; but when you come to recombine the parts, you must remember that the goal is to create one or more tasks that the great majority of people can do already, or could do with a comparatively small amount of training. In other words, you’re creating new short-term positions that will enable the relatively unskilled to do the work of the skilled.

Your ability to do this will vary from job to job, and candidate to candidate, which means that there’s no template or pattern to follow. You’ll have to literally make this up as you go along. There are bound to be things that need to be done by highly skilled people, but by reducing the overall skill that you’d look for in the “perfect” person, you still lower the bar for a suitable person and make it easier for you to find someone to help you solve your temporary staff shortages.

4. Create a process to hire staff as their skill increases

As you develop this system, it’s likely that those within your temporary pool will gain more skill. They may even express an interest in more work or in accepting something more permanent from you. Make sure that you’re on the lookout for such people, and that you have a process in place so that you can employ them more fully at the right time.

5. Continue to feed new people into your Talent Stable

Like all networks, you must continue attract new people into it. That’s because some will lose interest in you, and you will lose interest in them. And so that means that you have to have a mechanism in place that will draw people those with the skills you need into that fold. A good place to start is on social media. Some sites, such as LinkedIn, have a high concentration of professionals who are looking for work. You can also use job boards, and even recruitment agencies if you wish. Just make sure that you consider the cost of using a third party.

A Talent Stable should not only provide you with a pool of people to draw on, but it should also help you to minimize your recruitment costs. You mustn’t lose sight of that. The shortage of skilled labour is likely to be with you for the foreseeable future, and so you’re going to have to change the way that you recruit people in order to achieve your organization’s objectives.

One way to do that is to create a Talent Stable - a group of people that have fewer skills and experience than what you would normally want, but which collectively can accomplish the same things. This is a modern day adaptation of the division of labor which served business owners more than 200 years ago.

With a few tweaks, you can make it work for you, too.