Creating a Culture for Competitive Advantage 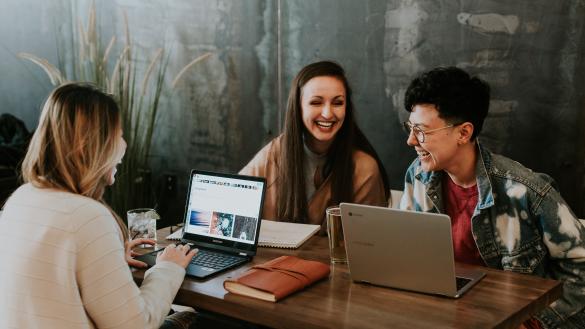 Most of what passes for competitive advantage these days is a myth, and that’s because of a phenomenon that Doris Day once sang about in the 1946 musical Annie Get Your Gun. The opening lyric is, “Anything you can do, I can do better.” And that’s about the size of it.

Reverse engineering, whether it’s legal or not, is a fact of life. Entire nations don’t give a toss about your patents or copyrights. Bribery, industrial espionage, and the Dark Web make the dissemination of trade secrets laughable. Whatever you’re unwilling to share will simply be stolen.

The most remarkable organisational cultures transform everyone in them and all who are associated with them. And they have to be created. Such cultures, however, don’t just evolve. They don’t happen accidentally. They become that way over time because someone or some group of people decided to put in place the ingredients that fostered it.

More than a vision

It takes more than a vision of what an organisation’s culture will look like in order to create what you want or even to hire the key people people you need to make it happen. Certain structures have to be put in place that will promote innovation and allow people to grow unimpeded.

When employees are given the freedom to challenge the status quo - whatever it is - ask “embarrassing” questions, and make changes that they think are necessary to do their jobs better, then you’re on your way to creating a culture that will give you the kind of competitive advantage you’re looking for.

It’s worth remembering, however, that all innovation is a result. It’s a result that comes free thinking, challenging, and questioning.

To develop a culture that produces what you want it to produce, you have to take your hands off of the reins and trust people to do not only what you hired them to do, but also to make connections that you haven’t even though of, because that’s where real progress is made.

Of course, you have to hire the people who have the right attitude in the first place. These are the ones who not only understand and support your vision, but they’re also eager to help you fulfill it.

The organisational culture that you want won’t happen any other way. It must be “all hands on deck” for this to work. There’s no place for those who have a different focus.

The people who work best together also know one another, and pretty well at that. It’s not unusual to find them hanging out together after work - something that you should encourage. And that’s because when friends know their individual strengths and weaknesses they also know how to work together the most effectively.

Of course, not everyone wants to play with their colleagues when they’re not at work, which is why you shouldn’t try to force this on anyone. That doesn’t mean that they won’t work well together. Only that they want to keep their working and private lives separate. You need people for their attitudes and skills; not for their willingness to party with co-workers. Try not to get the two mixed up. Where you shoot yourself in the foot, however, is when you discourage friendships (or dating) with workplace colleagues.

According to Greenhouse Grower, the company AgBiome is self-managed. No one has a boss. They’re not needed because employees self-organise around the things that need to be done, and then do them. Employee committees manage the activities that other companies assign to departments, such as HR, compensation, and benefits. Even performance issues are handled this way.

The company also asks employees to devote 20% of their time - a full working day - to their own professional development. That kind of freedom helps employees to pursue career goals. When organisations make that kind of commitment to their employees, then it produces a cooperative attitude that money can’t buy and helps to create a culture that will give you an advantage over those who don’t feel they need to do it.

In such a culture, everyone feels valued by everyone else. That creates a sense of purpose as well as one of belonging - both of which are vital for motivation.

It goes without saying that you want to do all you can to avoid creating a toxic culture or allowing one to form.

What is a toxic culture?

Fundamentally, it’s one where people hate to go to work and can’t wait to leave. They don’t trust their boss or their colleagues. Their time is spent “covering” themselves so that they aren’t blamed for anything. It’s one where the organisation majors in the minors, such as micromanaging. No doubt you’ve heard horror stories about some managers who time how long someone is in the loo.

Out of necessity, those who work in a toxic culture keep their heads down and actively look for work elsewhere. Customer service is usually the pits because no one is willing to take responsibility for company screw-ups.

The best organisations in the world never monitor people as closely as that. In some, employees can take as long of a holiday as they want to. That doesn’t mean that they skive off for three months. Instead it means that because they want their colleagues and organisation to succeed that they discuss these things with them, and then take off the time that everyone knows they need in order to recover and not to burn out. And in organisations where everyone is looking out for the best interests of others, people don’t take advantage of the system. The only people who do are those who are only interested in themselves.

How do you create the culture that you want?

You’re probably wondering how you can create a culture that will give you a competitive advantage.

Before we get to that, it’s worth mentioning that it’s one or the other. You’re either creating a culture that will or you’re creating one that won’t. There’s no neutral or middle ground.

There’s also no such thing as an organisation that has no culture. Anytime you get a group of people working on the same thing in any kind of a coordinated way, whether it’s online or off, a culture of one kind or another will form. You can’t avoid it.

And so to create the culture that you want to, you must start by hiring the people who you want to work for you. You can’t compromise on this. They’re either for or against you, and if they’re against you then ultimately they will take your culture in the opposite direction from what you want to go in.

No doubt, you’re already experiencing skills shortages, but did you know that you’re at risk of having attitude shortages, too?

There are those who believe that hiring people who fit into your organisation’s culture is something of a luxury, rather than a necessity.

Nothing could be further from the truth!

Think of it like this: When you bring new people on board, they either reinforce your existing culture or dilute it. That’s because they either share your values or they don’t. And make no mistake: the culture you have today is a true reflection of the collective values of those who work there.

You only want those who share the values that you want because those who don’t will subconsciously pursue different ones.

Mergers, for instance, fail because “the powers that be” overlook the significance of mixing two divergent organisational cultures.

There’s an added bonus when you hire people who share your values. Employee churn tends to be lower, and that’s because people like to be with those who share their values.

Some managers think that if they acquire people who are most suited for their organisational culture that they won’t be able to have the diverse workforce that they would like. This may seem like a sticky wicket, but it’s not simply because the two are not mutually exclusive.

To look at it another way - just because someone is in a minority group doesn’t necessarily mean that their values are different from yours. In fact, to think that they are simply because they’re different from you in some other way is a form of prejudice. The only way you’re going to know is if you take steps to find out. Then you can make an informed decision about whether or not someone will be a good fit.

It’s worth remembering, too, that everyone you employ must have the skills and experience that they need to do the job, and so just as you wouldn’t hire someone who was unqualified for a position, you also wouldn’t hire them simply to fulfill some arbitrary diversity quota.

The same thing holds true for finding people who have an innovative bent. The ability to create transcends all other boundaries among human beings. Don’t make assumptions about them based on anything other than their track record.

It’s worth mentioning that some managers dismiss the necessity of hiring for cultural fit because they believe that doing so is an art, rather than a science.

So what if it is? That doesn’t mean that you shouldn’t do it. To think like this is nothing more than an excuse to not do it at all.

Any experienced management consultant or psychologist can help you to measure the values of the people who work in your organisation, and from that you can build up a picture of the values that you’re looking for in candidates. That said, if you know what you’re looking for and have thought about it a bit, then you probably know it when you see it.

The only true competitive advantage is one that can’t be replicated, and the only thing for which that is ultimately true is your organisation’s culture. No one else has the people that you have, and that alone makes you unique.

Not only that, but even if your key people leave you and go to another organisation together, they won’t be able to reproduce the culture that you have. It will be a different.

Culture changes everyday. As the Ephesian philosopher Heraclitus once said, “You can’t step into the same river twice.” Just as the water in a river changes as it passes, so the culture itself changes as people pass through it.

By identifying the values that make your organisation what it is and hiring people who themselves are aligned with them, you can achieve a competitive advantage that no one else can challenge.