Are Leaders Born or Made? 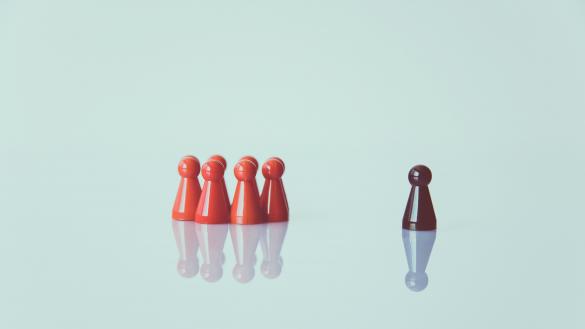 Are leaders born or made?

This is one of those questions that surfaces every once in a while.

The late Sir Neville Marriner, founder of the Academy of St Martins-in-the-Fields, once said in an interview that music conductors were born, overlooking the fact that even he wasn’t born with a baton in his hand.

Often, those who believe they’re born with some special talent hold to that conviction out of pride in themselves. They think that they’re special and superior to everyone else and are entitled to be treated as such. By holding to that position, they automatically exclude any who, in their no-so-humble opinion, weren’t born that way and who, as a result, are unable to attain to their level.

A couple of things need to be said about this.

The first is that no leader ever came out of the womb that way. Their upbringing, training, exposure to strong role models, and opportunities to apply what they were taught when they were young or younger all played an active part in who they are today.

Marriner, for instance, studied violin as a child - an expensive undertaking in itself - attended the Royal College of Music, and was invalided out of the British Army during WWII which meant that while most men were fighting in Europe, he was able to continue his music studies. That’s not in any way to take away from what he achieved, but it illustrates how circumstances that were entirely outside of his control enabled him to develop his skills in a way that most others couldn’t.

It’s not enough, however, to ask if leaders are born or made.

The second thing is that whether leaders are born or made in anyone’s opinion doesn’t matter, and that’s because those who follow don’t do so because of who someone is or their origins. Instead, it’s because of what that person does. In other words, leadership is a behavior and following is a response to that behavior. More than that - following is the implementation of the wishes of the leader.

Of course, there are people in various walks of life - those in the entertainment industry, for instance - that have millions of “followers” of their social media platforms, but it’s the message their followers “hear” or think they hear, or the emotions they experience as a result that causes them to follow what that person says.

And it’s worth noting that most - by far the vast majority - in fact, of actors, had no followers until they were famous. They had to do something in order to gain the attention of those who could make them into a household name, and it was after that they acquired all those fans.

If whether or not you come by your leadership abilities inherently doesn’t matter, then what does?

What matters is your attitude towards it.

Belief is fundamental to achievement, and so you won’t be surprised to learn that those who believe that they can become good leaders if they work at it often end up being better at it than those who think they’re naturally gifted and can just be themselves. In fact, quite often those who say that they can’t help themselves - that that’s just how they are and make no attempt to become better leaders - not only reveal their fixed mindsets, but they can turn out to be jerks of the first water. Such people, according to Dweck, have no interest in successful teams because they want everyone to know that they’re the “big cheese.”

British author and philosopher Alain de Botton has said that “Anyone who isn’t embarrassed of who they were last year probably isn’t learning enough.”

In order to be embarrassed of yourself at any time means you have since learned how to be better - better at work or at whatever else you’re embarrassed about now. And de Botton implies that when you learn enough, then you’ll see the disparity between what you were then, and where you are now. It’s the ability to perceive that difference that is a measure of your learning, however; not whether it actually occurred.

It’s likely that you have learned, and probably more than you have realized, but it’s that failure to recognize it that may reflect that you have a fixed mindset. In other words, you have to be willing to admit to yourself - never mind anyone else - that you have matured. And it’s when you do that you allow yourself to embrace the whole idea of growth.

With that in mind, you need to think about why people follow you. That is, whether you think you’re born with leadership potential or not, why is it that people are drawn to you? Why do they want to do what you suggest? Why do they share your vision?

That leadership exists at all is evidenced by the willingness of those who follow - something that you know already - and that means that there’s something that followers expect to see; something that will make them want to follow. It also means that while they may not be able to articulate exactly what it is, they will gravitate towards it when they do see it. And that means that those who acquire leadership skills will also obtain followers. They may or may not be the followers that they want, but they will be those who are looking for the leadership behaviours that you exercise. This is another reason why it doesn’t matter if you’re born with leadership tendencies or not. Those who follow you don’t know which is true of you. They only follow you because you exhibit behaviours that compel them to do so.

Leadership studies have been conducted for more than 100 years and have produced consistent results. That is, the behaviours that people followed in the early 20th century are the same ones that people today tend to follow. Things such as strong social and interpersonal skills; competence in their jobs as well as their administrative responsibilities; friendliness, and group support. Such leaders also demonstrate personal integrity, ethics, communication skills, energy and enthusiasm. This is probably why people want to follow those who are charismatic. Such people are those that others want to be around, and that’s because they know how to make their followers feel valued.

It’s also why, for example, we as voters aren’t impressed by politicians who only leaflet us before elections. We know that the only time they’re interested in what we think is when we have the opportunity and the power to fire them. That’s not leadership, however, no matter how it’s worded.

Perhaps you think that you should focus on leading just one person; developing the leadership skills in an individual.

Whether an individual or a group, a better question to start with is, “How can I improve my ability to lead myself?”

If you’ve ever been in business for yourself, or even worked from home for any length of time and without someone checking on you every day, then you know firsthand that it’s up to you to find the motivation to do your work, to go to bed on time, get up when you should, and apply yourself to the tasks at hand. And whether that’s “just the way it is” or you have more latitude in how to structure your day, that’s what personal leadership looks like. It’s you holding yourself accountable to get your work done on time and to a high standard.

Effective personal leadership is a prerequisite to leading by example. In other words, you can’t expect others to do what you’re unwilling to do. “Do as I say and not as I do,” doesn’t work. The prevailing opinion is that whatever is good enough for you is good enough for anyone else. And that means that you have to be careful about the example that you set.

Children, for example, and many adults like to pretend that they’re someone else. This is evidenced by the costumes that they wear, the world events that they re-enact, or the conventions for fictitious TV and movie characters. Of course, there’s nothing wrong with this, though the level of authenticity is rather telling.

If you’ve ever been to Disneyland in America, for instance, then you know that the way that England is portrayed is a far cry from the real thing, though it doesn’t stop them from trying. They sell various memorabilia to remind you of your experience which they hope will encourage you to visit them again. But if you’re a genuine Briton, you can spot the fake without even trying. You know the real thing when you see it, and the fake example won’t be one that you try to copy. Those who don’t know any better, however, may try to use the souvenirs that they bought in order to re-create what to them is the genuine article. In other words, they’ll try to copy an example.

What does all this have to do with the question of whether leaders are born or made?

By now, it should be obvious that leadership is something that people exercise, and when they do, there are certain people who recognize it for what it is and follow the person who does it.

They may do what they’re told to do or, more likely, they’ll copy one or more characteristics of the person whose leadership that want to follow.

What does this teach you?

What does all of this teach you?

It teaches you to be careful who you follow.

Just because you’re a leader doesn’t mean that you’re somehow immune from the influences of others that you admire. You don’t have to dress up like Indiana Jones to want to experience his incredible success or drive a DB9 - nice at that might be - to defeat the bad guys in your industry. All you really have to do is believe temporarily that you lead in a vacuum; that you can do whatever you want to and people will follow the yellow brick road behind you as you trot merrily into the sunset.

You are the leader that you decide to be, and you’re being watched all the time, especially by those who want to emulate you.

Make sure that the example you set is the one that you want others to follow because if for no other reason, someone else may want to become the leader that you are.