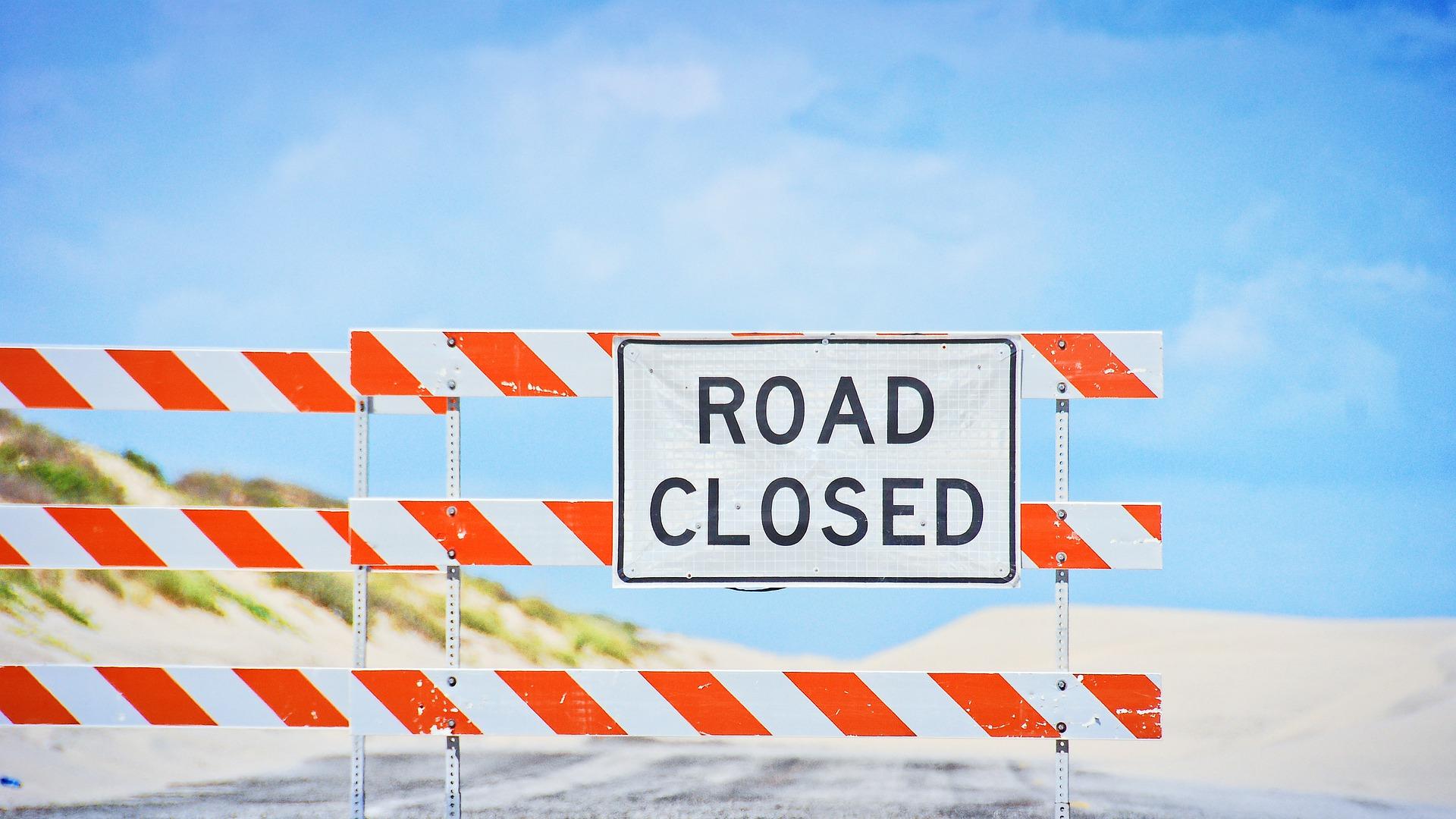 You’ve probably heard the saying that if you want to get something done, then ask a busy person to do it.

Suppose, however, that you are that busy person. Suppose that you are the one that is continually asked to do a little bit more, a favour, or answer a “quick question”.

Here’s are a dozen reasons to get you started.

For some, the idea of turning down a request to do something extra is not politically correct. Why? Because it smacks of selfishness. “I wouldn’t have asked you if I didn’t think you cared.” Talk about a loaded statement!

2. Saying “No” may be perceived as a sign of weakness, either in your own mind or in those for whom you work.

The blanket statement, however, that saying, “No” is to be weak is quite simply untrue; and you do yourself a disservice when you tell yourself that it isn’t.

3. You don’t want to let anyone down.

There is the perception that if you say, “No”, as in “I can’t do that right now”, that you’re letting others down. This can be expressed in different ways.

Your colleagues might tell you that if you won’t do as they ask, then you’re not a “team player”. What they won’t admit is that there are many different kinds of teams as well as a variety of types of behaviour that make teams what they are.

For example, a football team will have practice sessions where they play together, but each person on the teams is expected to do his / her own personal strength training. In other words, they all are expected to take care of themselves as individuals. When you say, “No”, you are being a team player because you’re making sure that you have the reserves that you need to serve the team as a whole.

4. It’s the opposite of what you’re expected to say.

When you’re asked to do something, it’s often more of a rhetorical question than a genuine query.

That’s because the person who is asking has already assumed that you will say, “Yes”. So in a way, he / she already has a psychological advantage over you, and both of you know it. This is especially true when it comes from someone who has a track record for doing it.

For example, let’s say you know someone who owns a cat. Cats, for the most part, can look after themselves. You can leave out a veritable smorgasbord for them, and they won’t scarf it all down in one gulp the way a dog will. That said, they do need their water changed and topped up, and if the owner will be gone for more than a couple of days, more food will probably have to be put out for it as well.

The first couple of times this person goes on holiday and asks you to check on the cat is probably no big deal. The problems arise when you begin to feel like the default kennel.

5. You’re slightly afraid that you’ll be seen as someone who’s difficult to get along with; someone who doesn’t play well with others.

Maybe your interests and the interests of those you work with are radically different.

Your colleagues like soaps; you like nature programmes. Your workmates play the lottery; you give directly to charities and don’t blow a trumpet when you do. Your fellow employees go to Glastonbury, while you prefer the Proms.

Then the annual office party rolls around. Are you going? You know that the entire event will be planned around the things that your colleagues like: a rock band, conversations about things that don’t matter very much in an environment where you have to shout to be heard, and a land flowing with alcohol and who knows what else.

Each year, you decide not to go, and so when something that seems to be relatively innocuous by comparison comes along, you feel pressured to compromise your principles.

6. Saying “Yes” comes naturally to you.

Maybe you’re a “Yes” person. That’s not the same as saying you’re a “yes-man” or “yes-woman”. You don’t agree with your boss, for example, just because he / she is your boss. Rather, it encompasses your giving personality.

Typically, you like to be as helpful as possible whenever you can. And so it really doesn’t matter what the request is. You’d rather say “Yes” than “No”. It’s only later that you realize the impact that agreement will have on the rest of your day, or week, or month.

That means that it’s consistent with your values to say, “Yes”. It also means that you tend to think of others – their needs, as well as their time – as being of greater value than yours. In its proper place, this is a healthy attitude; but taken to the extreme, it can grind you down.

A balanced approach is to recognize that your time and energy must also be preserved if you’re going to be able to help others in the way and to the extent that you want to.

8. Saying “Yes” is more positive than saying “No”. We live in a very negative society. If you want there to be positivity in your life, then you have to put it there; and so you go out of your way to do so. Saying “Yes” is the most positive way you know of to do that.

9. Saying “Yes” is what everyone else is doing.

What does that mean?

Whether you approve of buying raffle tickets or not, they serve as a good example.  When you were last approached to buy them, were you the first person? Probably not. You could tell by the list of names on the sheet and the number of tickets torn out of the book that a lot of people ahead of you were doing it. Depending on the size of your office or company, it could easily look like all of them. And so if you said, “No” – oh the whispers.

10. You fail to recognize the extent of the commitment.

How many times have you embarked on a weekend project and, when questioned by your spouse or partner as to why it wasn’t finished by Monday morning, were forced to confess that “I didn’t think it would take that long”?

If this is you, then it’s likely that the same thing happens at work. You take on things that, on the face of it, look super easy, but which turn out to be far more complicated than you ever imagined.

Maybe that’s why you are asked. No one else would dream of taking on these things.

11. You want to return a favour, and this seems like a good time.

If you are unfamiliar with the power of reciprocity, then it’s time you did some homework. It works like this: Anytime someone does you a favour, you will feel obligated to return it in some form.

A perfect example of this can be witnessed in a doorway.

Picture this in your mind. Maybe you’ve experienced it.

You’re going through the door of your favourite hotel. The entry way has two sets of doors. One that feeds onto the street and the other which actually leads into the lobby. The space in-between them is a kind of buffer that keeps the cold air out in the winter and in during the summer.

Now imagine that it’s pouring with rain outside. (Actually, this doesn’t require very much imagination.)

What happens when one person opens the outside door to let someone in? The person who goes in then attempts to hold the second door for the one who held the external door for him / her.

It can be hilarious to watch this if the two doors are very close together. The two people nearly trip over one another just trying to be courteous; but what’s really going on is the Law of Reciprocity.

Now there’s nothing wrong with asking for or returning a favour. In fact, the Law of Reciprocity will often work simply in the act of asking for one in the first place. But you need to be on your guard in how you return it. You don’t want to sign up to do something that is beyond the time that you ought to spend on it.

It doesn’t need to be like-for-like; but there should be the perception of parity for both of you.

If your self-esteem is low, or if your job feels a bit insecure, then you might be inclined to say “Yes”. If the circumstances were different or you felt better about yourself, then you’d have the wisdom to say “No”.

With that knowledge, you need to think before you accept any request each and every time.

In addition to the 11 reasons already given, you need to be absolutely certain in your own mind that what you’re taking on is a good idea. After all, it’s much harder to get out of it later than it is to turn it down from the start.

Here’s your homework: Write down one example for each of the reasons mentioned in this article. For extra credit, recall more than one.

Next, identify the part of the conversation where you gave into the request. Recall what was said that made you do it and how the appeals of the other person felt to you. In all probability, guilt will be a factor.

Now create a different script in your mind that removes that guilt. You have to remember that saying “No” is about you. You are the one who is being asked. If anyone should feel guilty, it should be the one who asks, not the one who says, “No”.

Finally, imagine yourself saying “No” and feeling good about doing so. You can do this by reminding yourself of how relaxed you’ll be because you’ll have one less pressure, or by thinking about the fact that you’ll have time to do something else – something that you enjoy, even something for yourself.

And then write to us, and tell us of your new success.

If you consider improving time management important for you and for your team then – email me to set up an initial telephone conversation.

Update and refresh your skills with expert-led free monthly webinars. Invest 60 minutes each month to sharpen your skills, increase your options and improve your chances of making the most of your opportunities. All from the convenience of your office or your home and at no cost.